Time to Move Into The Enemy's Camp 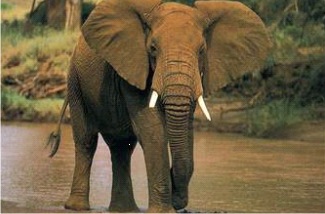 A time came in Israel when the Aramian army surrounded the city for five years; making everything tight for the people. There was no trade in or out that the food within was not enough for the people; as a result there was serious famine that people began to eat the flesh of their children.

“Now there were four men with leprosy at the entrance of the city gate. They said to each other “why stay here until we die? If we say we will go into the city the famine is there, and we will die. And if we stay here, we will die. So lets go over to the camp of the Aramean and Surrender. If they kill us then we die.”

At dusk they got up and went to the camp of the Aramean, when they reached the edge of the camp, not a man was there, for the Lord had caused the Aramean to hear the sound of the chariot and horses of a great army, so that they said to one another “Look, the king of Israel has hired the Hittite and the Egyptian king to attack us! So they got up and fled in the dust and abandoned their tents and their horses and donkeys, they left the camp as it was and ran for their lives.

The men who had leprosy reached the edge of the camp and entered one of the tents. They ate and drank and carried away silver, gold and clothes, and went off and hid them. They returned and entered another tent and took some things from it and hid them also, then they said to each other, we are not doing right; this is a day of good news and we are keeping it to ourselves. If we wait until day light, punishment will over take us let go at once and report this to the royal palace” II king 7:3-9.

The enemy has built a serge against God’s people this last days, the siege is so strong and tight that it is only those that are willing to arise and shine that will break loose and through.

The hunger & suffering in the land has become intense showing clearly that we are in the last days, the economic situation is a global problem widening the gap between the rich and the poor causing global distress. This is one of the last day’s strategy of the devil to enthrone mammon as god of the last day saints. It is becoming glaringly clear that; most people can do anything to get money; marriages are failing for the same reason.

But mark this, there will be terrible times in the last days, people will be lovers of themselves, lovers of money, boastful, proud, abusive, disobedient to their parents, ungrateful, unholy, without love, unforgiving, slanderous without self-control, brutal, not lovers of the good, treacherous, rash, conceited, lovers of pleasure rather than lovers of God-having a form of godliness but denying the power- Have nothing to do with them.

The purpose of this publication is to take our eyes off the present and set it on the cross, ready to expand the kingdom of God for in so doing will we be able to subdue the powers of the last days. Remember one of the amour is called the preparation of the gospel of peace; this is lacking today, because everyone is cumbered by the challenges of the day.

But consider what one of the lepers said, this is the day of good news and we are keeping it to ourselves, if we wait until day light, punishment will overtake us, let’s go at once and report this to the royal palace”.

Likewise if we don’t arise to declare the word punishment awaits us. Let us take risk and go into the enemy’s camp and declare boldly the word of salvation.

Beloved, the devil is working overtime claiming lives of people all over the world through so called natural disasters; terrorism, wars and HIV/AIDS. Will we just want to sit back and watch while all these are taking place under our noses? It is time to go into the enemy’s camp and begin to make exploit, we have but a very short time here on earth so let us reconsider our priorities, giving more attention to the work of the Lord here on earth.

Sign up and you will be the first to know the latest news, insider-only info, and more.