CONSPIRACY IN THE HEAVENLY REALM (PART 2) - THE MASTER PLAN 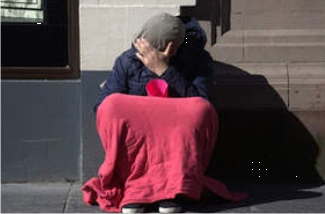 “The performance of each of you in your domain has been very exceptional. The next phase of this project is the task of enthroning the anti-Christ. It must be a collective responsibility of you all.

I have appointed Nora (the prince of North America) to preside over the deliberation. The duration of your deliberations shall not exceed three days”. Lucifer said and disappeared into the air.

The six principalities that he named after each continent heeded his command upon his departure. They got their arts together. The brainstorming began and ended within the time frame. Lucifer appeared to hear out their strategies and work program.

His emergence into the conference room was as usual on schedule even though he has never been seen to use the door.

The hearts of each of the six principalities skipped as he stood at the head of the table holding the headrest of his swivel chair.

What raced in their minds was how long he has been standing on that spot and doubts over his departure at all since he became unseen three days ago.

Lucifer smiled and took his seat. “Sit down my loyal princes”. He said.

They all obeyed with reverence.

I’ve told you times without number to control your thought. It will cause disharmony in our work plan. You are not gifted with the eternal powers I have. I can fathom anything with them.”

The princes stooped with their heads in reverence again.

Lucifer said: “Nora, I monitored your deliberations in the air waves. Your outcome is very desirable. Have you documented the summary?

“Very well. Read to the hearing of all”

Nora opened the file in front of him, which contains some documents and read thus:

Operation Take Over the World.

We affirmed our recognition of six spheres of human life as control channels with which we can continually succeed in subverting the purpose of the Holy one on the planet earth.

The first sphere as suggested by Sotha (the prince of South America) is politics.

He advocated that we should demonstrate our craziness by launching a system of government that would allow every human to indulge in liberty and freedom that can dislodge the viruses of discipline, which is the strength of Christianity. This will aid to remove far from humans the sense of morality turning their values to godless activities.

One of the methods is to influence their leaders to enact laws based on what the people want which would be inspired by us and will negate God’s covenant with them.

Democracy, coined from the phrase: demonstration of our craziness will be championed by the new nation that will lead others in the new civilization. We shall strengthen the nation to forcefully conquer others that oppose the crusade of our missions.

The second sphere is what connects humans to the Godhead. Sora (the prince of Asia) suggested that the threads of faith that links every human to the source designed by God for them must be weakened so that their individual vibration and aura would be enveloped with ours.

The process of raising their levels of vibration through the preaching of the truth as admonished by God will be affected by influencing them to interpret the words of the truth as contained in the Holy Book in the distorted ways.

This shall cause them to have different denominations of the church. The differences in the church are the tools we require to widen their narrow path of life to our own broadways where we can increase the level of pride, ego, lust, covetousness… of the so called church leaders as the disintegration mechanism. And they shall call it modern religion.

Fora, (the prince of Africa) suggested ‘family’ as the third sphere.

Empowering the women to dominate their husbands; and discourage the use of cane on the children, which will disorient growth in the family.

We shall influence the policy makers to enact women liberation policies that guarantee indulgences in infantile disorder within the family structure.

Advocacy groups that will profit immensely in creating enabling social instruments in the societies for children to lose sight of their covenants with God in their adolescence will be established.

The husbands would only be regarded as the moneymaking machines that will be facilitating our disorientation of the women and children.

The fathers and mothers who take to our general ways will be generously rewarded for their (little efforts-greater results) dis-orientation of their societies.

Before long they would become walking demons with strong preference to change their societies to nude colonies with homosexual and bisexual defilement of their organs of procreation.

Cora (the prince of Oceania) reminded us of our great influence in the air wave. The us of Information Technology as our fourth phase can be exploited to disseminate information and pictures with attached reward that will lure them into our membership drive and sustenance. Free pornographic materials, free gifts for just logging on, weird dating and chatting etc would be enhanced. Viruses would be forwarded to adherents of our rivals to cause set back to their successes.

Eura (the prince of Europe) suggested for the fifth sphere, a perfect plan we can introduce under economy, which will increase their insatiable desire for products and services. We shall increase their longing by replacing “durable-quality” with “temporary-quantity”.

They will be induced with credit mechanism as capacity building to lure them into debts thereby enslaving them; this way we can make them vulnerable to compromise increasing their desire for drugs as temporal relief that can only result in high rate of suicide at long run. Their cycle of life will become credit oriented, which is not pleasing to God whose plans for them are abundance and freedom.

And lastly your Majesty, I, Nora (the prince of North America) suggested that we further improve our impartation of our negative science knowledge in the sphere of education. We will teach them the theorems of evolution in order to instill into them the believe that they are not created but evolved so they can come to the believe that they are biological accidents; this will make them loose their value for life making them to engage in terrible lifestyle such as changing their physical sex from male to female vice versa, engaging in gay activities and all kinds of vices which will bring the wrath of God upon them. We can also show them how to make ballistic missiles in large quantity to destroy humans and the beauty of the planet. We will finally replace their qualitative education with quantitative to create our desired void.

“Have I not said I will ascend to heaven, I will raise my throne above the stars of God; I will sit enthroned on the mount of assembly on the utmost height of the sacred mountains; I will ascend above the top of the clouds; I will make myself like the most high?

Now is the time to prove to the heaven, earth, and the seas that I cannot be messed up?” declared Lucifer beating his chest with his eyes raised to heaven.

Beloved, this is not to make you afraid but to bring you to the awareness of the activities of Satan and his cohort in preparation for the anti-christ; gradually the entire system is being taken. Can’t you see how the system is being manipulated and controlled? The interesting thing is that what God is doing is far more than what Satan is doing; for He that is with us is greater than He that is against us and if Satan had known that his plot will only liberate the children of God giving us access to the Holy of Holies, he will not have crucified the Lord of glory.

The central lesson that I want to pass across in this publication is the need to walk towards absolute godly discipline in this present world because the world system is geared towards getting the saints to compromise at all cost. Like Daniel we must be determined in our heart not to defile ourselves with the king’s portion.

We must therefore trim our lives in simplicity being content with whatever the Lord provides one day at a time looking unto Jesus the author and the finisher of our faith who for the joy that was set before Him despise the shame and endured the cross. Hebrew 12:2.

Important excepts
The first president of the United Nations General Assembly, Paul-Henri Spaak, who was also a prime minister of Belgium and one of the early planners of the European Common Market, as well as a secretary-general of NATO, affirmed, “We do not want another committee, we have too many already. What we want is a man of sufficient stature to hold the allegiance of all the people and to lift us up out of the economic morass into which we are sinking. Send us such a man, and whether he be God or devil, we will receive him.”

Sign up and you will be the first to know the latest news, insider-only info, and more.